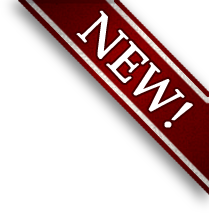 Duskruin runs February 12th until the 28th!  New shops, items, and services will be available!  Be sure to check the forums for more detailed updates!

Be sure to check out the latest Creating Adventure article to learn about our plans for 2021, our Year in Review of 2020, and upcoming news on our latest run of Duskruin.

Wondrous Wintertides are here!  Keep an eye on the forums as other news may be on the way! We'll also be launching some new announcement channels on our official Discord that will make following a cinch! If you haven't joined yet, check us out at https://discord.gg/KF9Wr8u

Let's welcome the new year with a GIFTBOX in game!  Available until January 15th at 11:59pm ET!  Thank you for being part of Elanthia, from all of us at GemStone IV.

Our biggest sale of the year!  Our best sellers are between 50% and 80% off!  Sale starts December 1st and end December 30th!  Be sure to check the forums for details!

With the recent autumnal renovations completed, the secluded haven of Briarmoon Cove will be open to guests from the 4th through the 11th of Eorgaen, for a worldly trade-laden winter holiday festival.

Set sail for adventure on the Elanthian oceans with Open Sea Adventures.  Gather your friends and visit each port along the Great Western Sea. Fight pirates in thrilling ship-to-ship combat.  Board the enemy's vessel to defeat their captain.  Be sure to secure the booty and your spot on the monthly notoriety leaderboards.

Enjoy the return of some of your most loved games, raffles, and services!  For the rest of October, Ebon Gate is here!  Be sure to look over the finer details in-game with FESTIVAL!

As if sung by some unseen choir, the ages-old rhyme echoed in the air above three different temples in three different lands.  Each not knowing the other, but feeling the same divine pull upon their souls, turned as one and cast their eyes to Caligos…

The labyrinthine sewers of Bloodriven Village beckon, as the soft rasp of innumerable rat claws against stone floors hints that something is afoot with the vermin within the dark corridors underground.  And Duskruin Arena welcomes combatants old and new to challenge the champions within its vaunted Dueling Sands...

Tour Elanith Approaches! - GS4-GALENE on 08/04/2020
A multitude of Elanith's finest merchants will be on a sweeping tour of the continent this upcoming weekend!!

It had been almost a year since the last Grand Tourney, but the buzz of the events that took place in Rumor Woods were still circulating in courts, halls, and campfires across the lands. Diriko and Siethidi watched eagerly, seated upon their giant tortoise mounts, as the last of the victorious phoenix pennants were replaced with snowy white coney pennants and virescent tortoise pennants. Soon the joust would begin, and a new victor would be named.

The Tartan Cloth - a T'Kirem Initiative